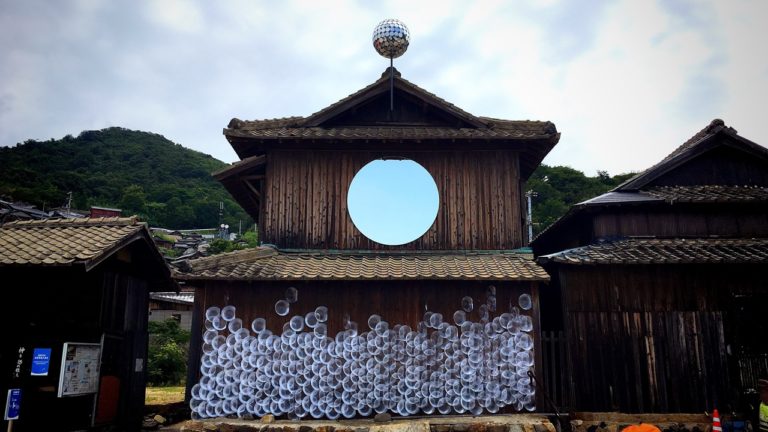 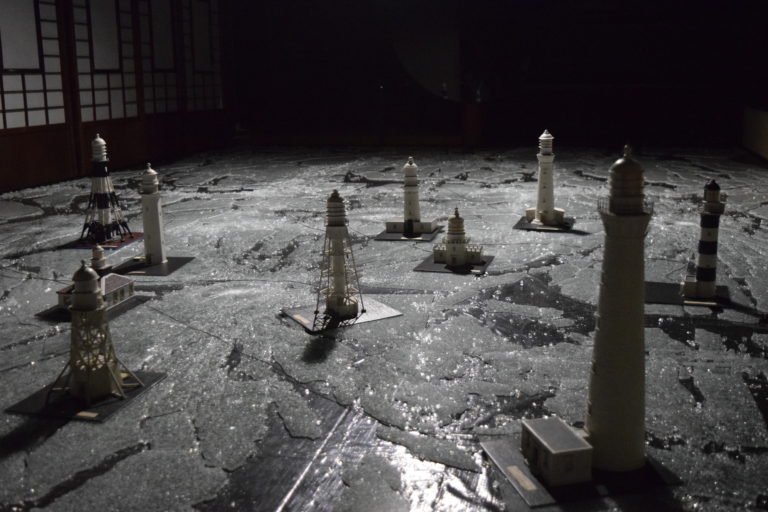 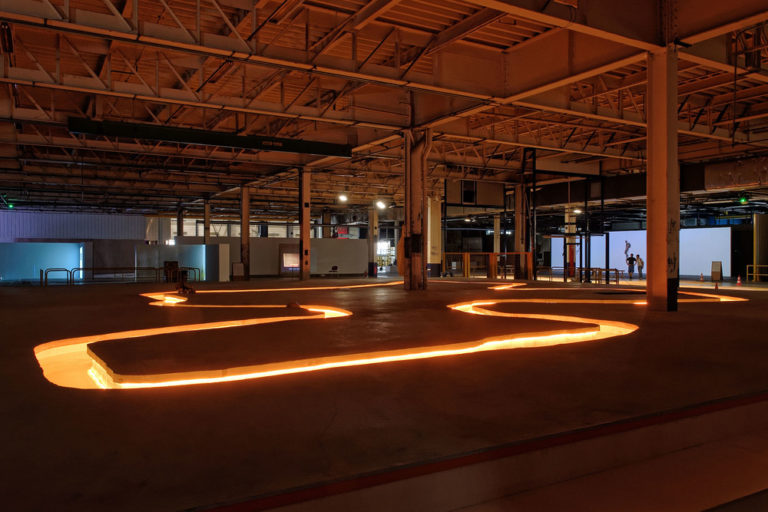 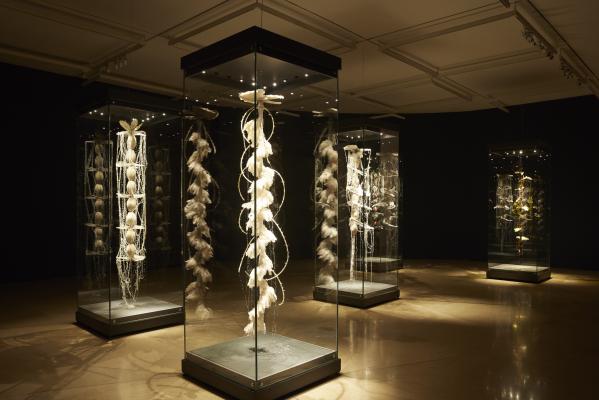 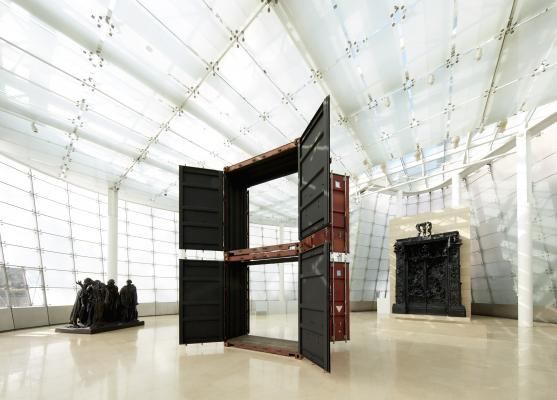 Lim Minouk has created works that push beyond the boundary of different media, deepening the scope of questions derive from language, historic loss, and ruptures. Her work examines the marginalization ensued from the rapid socioeconomic development and the consequent displacement of communities. Lim works with a diverse set of mediums and in a variety of scales: large-scale installations combining photographs and videos with elements that produce tactile sensations, theatrical works incorporating songs, performances, and participatory tours, as well as pieces produced through the subtle active participation of viewers. (from artist's website)

Living in a competitive society, I was always haunted by tragic and catastrophic sentiments. My work was born in resisting with that sentiment. The reason I look back on the past is also my obsession with the future and the ideal.

In recent years, there has never been a contemporary art exhibition as much talked about as the 2019 Aichi Triennale in Japan, where contemporary art is not so popular among general audience. Unfortunately, rather than the quality of the exhibition or about the works themselves, the internet and the press were heated with the content of a group exhibition showing works which may had been uneasy for some audience.  Unfortunately narrowing down the space for the discussion about some excellent works appeared in the same triennale. The same was true for the work by Lim Minouk, one of the artists who announced herself to close the installation from the public view several days after the closing of “Lack-of-Freedom-of-Expression Exhibit: Part II” exhibition.  Though the work may have been received a large number of audience when Minouk’s installation was reopened two months later, many audience rushed to see with curiosity and colored glasses by linking the fact that Minouk is a Korean artist to the recent relationship between Japan and South Korea, and the contents of the closed “Lack-of-Freedom-of-Expression” exhibition. The artist closed the exhibition not because she was from Korea, but it was the situation occurred that time to Aichi Triennale, opposing to what makes her as an artist who has been working with the theme about the social condition, interference made by politics and the social understanding made by mass-media.

Born in 1968, Lim Minouk is an artist working with wide range of media to realize installations, video, performances and music.  Studied art in Paris from 1988, and since the late 1990s, she has been working based in Seoul. We may have an experience finding a completely changed cityscape visiting a familiar place after leaving there for a long time.  New roads are constructed, the whole area being redeveloped, and old town disappearing to become a new complex. We soon forget about the scenery that existed before, one after another. And where have the people gone?  Minouk has seen Seoul with the same impression.

The artist produced a work "New Town Ghost" in 2005, a documentary video during the redevelopment performed by the city authorities of Seoul at that time. The slogan of redevelopment is always for the "better future". In this work, the voices of the residents who are forced to evict are highlighted. The gap between the public announcements and the voices of the people who are frequently veiled is an important theme that appears in Minouk's work. From her work, we are able to find many situations of social constraints, ruptures, exclusions, numbers of voices losing the place where they might have belonged.

The work "Adieu News" exhibited in Aichi in 2019 was a re-edited version of "The Possibility of the Half" from 2012 video work added with the new installation. “The Half” here refers to South and North Korea. In this work, two video images, the funeral of "Communist" Kim Jong Il who died in 2011 in the previous year and a coup in 1961 while the second was the video image from 1973, funeral of former President Park Jung-hee, an anti-communist leader, who is said to have brought about the "Miracle of the Han River", the basis of Korea's high economic growth to South Korea was put side by side. Both images citizens with great sorrow, with media and politics of disparate regimes inciting the same sentiment to imply a fictional community of the nation. The actual voices of individual living people are not taken up and should be excluded by these propaganda documentaries.

Minouk calls those voices "the ghost of modernization" excluded from the fictitious community, invisible in the official history of the growth and development of modern society. She unveils those who have lost their place of belonging, and makes us notice the discomfort of the official history.  The work should be based on the research of the real history, but the works are not the ones to raise a flag for a new ideology.  They are rather intended to expose the invisible the gap between the told and untold, or remembered and forgotten, by calling up the erased the “ghosts” intentionally erased in the past.

In Japan, Minouk's works are introduced at the Ebisu Film Festival at the Tokyo Metropolitan Museum of Photography (2012), "Time for Others" exhibition at the Museum of Contemporary Art Tokyo (2015), and the Aichi Triennale. Most of them were either showing the works from the past or re-edited version who frequently focus on Korean politics and society to show the work initially to Korean audience. Minouk's working theme still has an impact regardless of the nationality.  But it is also true that it may be difficult for everyone to share the same impact with Korean audience without the written description about the background of the work.

What I would like to note here is that there are many works created for a particular place intended for a foreign audience, which shows another impressive characteristics of her works.  In Lyon Biennale 2019, a beautiful canal (which can be used also for bathing for feet) was installed at the empty factory previously producing washing machines.

The work exhibited in Ogi Island during Setouchi Triennale (2016) was also impressive. I was working with the artist at that time helping the research, and interviewed the owner of the vacant house and we learned that their parents once worked at the lighthouse of the island for the artist to work on the theme of the lighthouse. Though lighthouses can be operated by remote control, but in the past, people had to control it manually. The lives of the islands and the safe navigation of ships were protected by these people. The artist must have thought of people leaving the island during modernization, what changed and unchanged.  The essence of interest and themes never deviated from the artist's previous works, and we were all impressed on the sensibilities of the artist to start from the broad topic, gradually shifting the concentration to the issue on the way how the work has to be. We are looking for an opportunity to see more of her works like Lyon or Setouchi, along with her projects with sharp edged focus on her observation on the history of Korea.