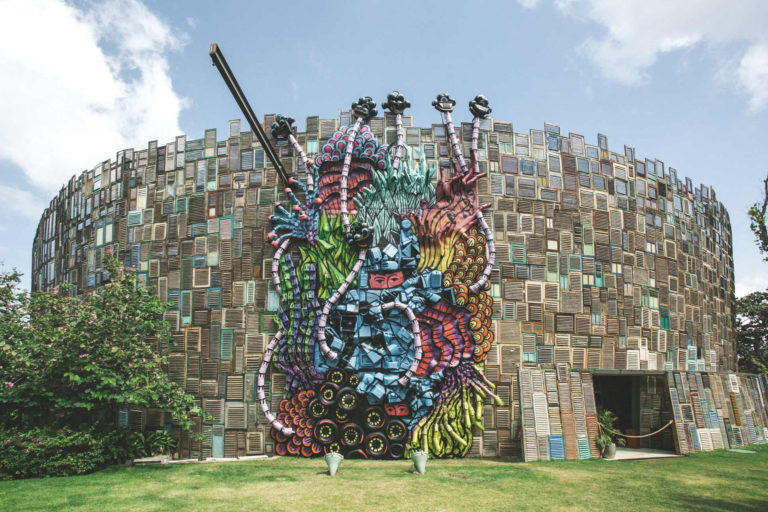 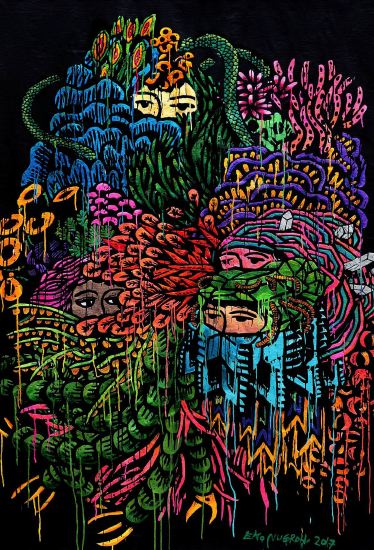 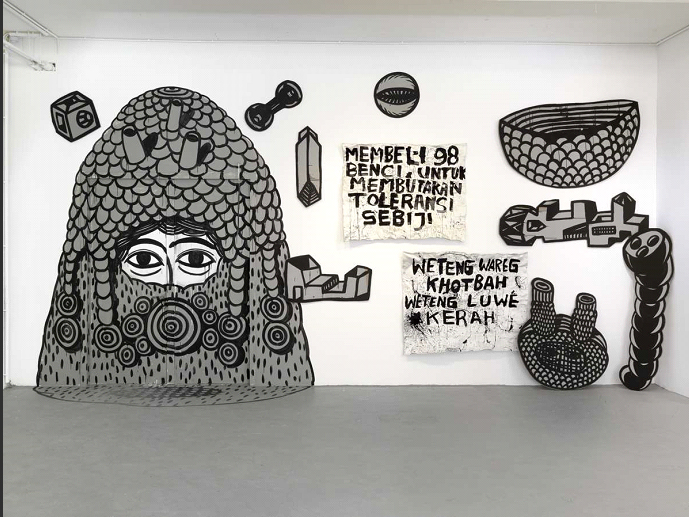 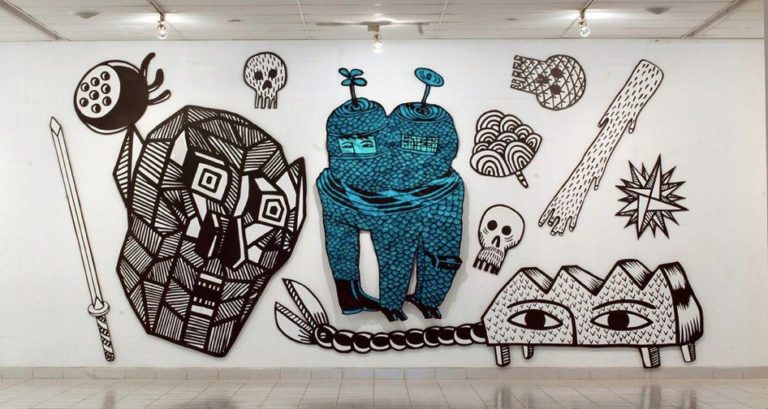 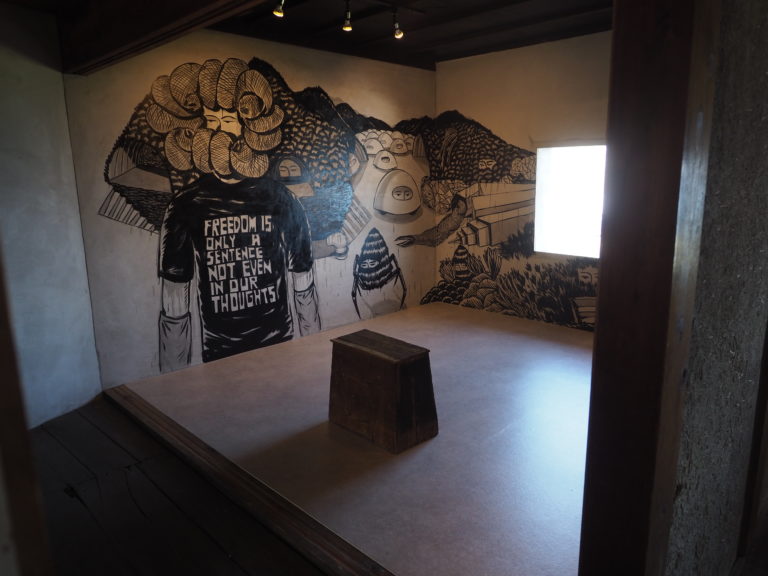 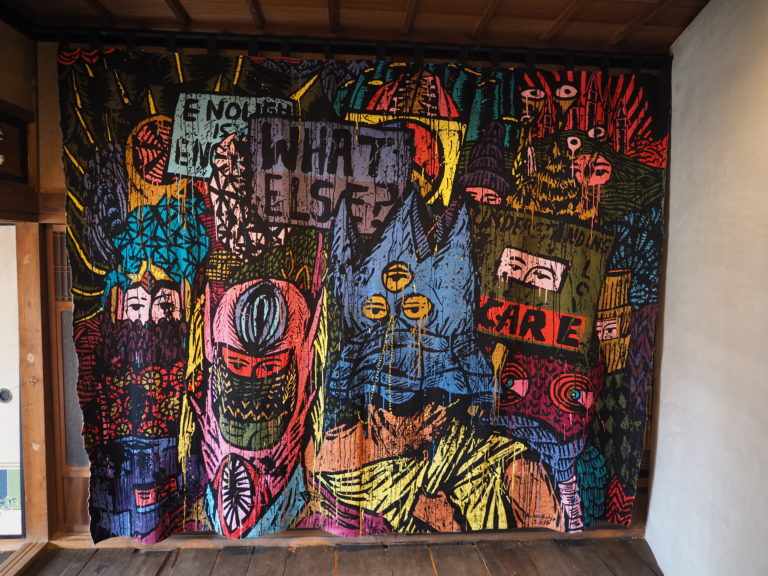 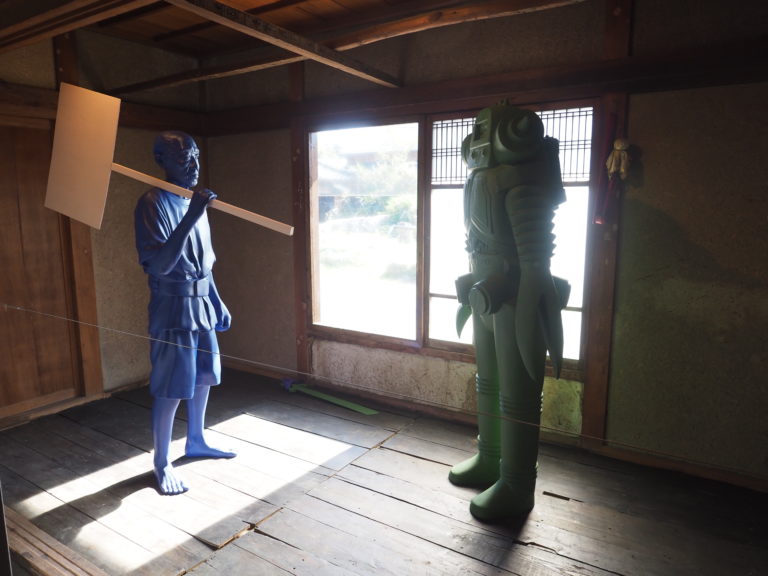 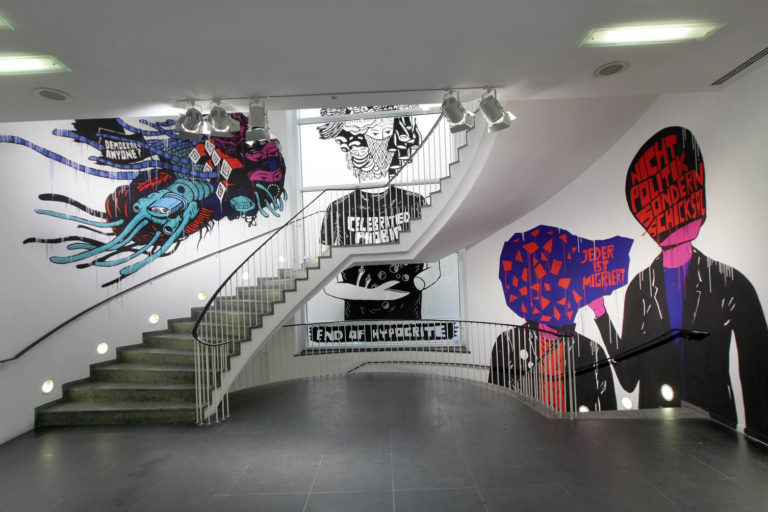 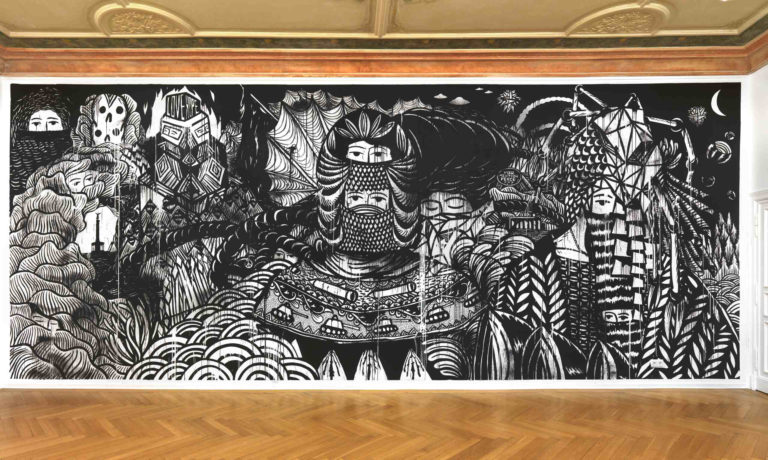 Born in 1977 in Yogyakarta, Indonesia. One of the most influential working artist in Indonesia invited internationally to exhibitions around the world. His most popular works are in the format of paintings and drawings, but also works with various media including sculptures, tapestries, books, comics and video animations.

Born in 1977, based in Yogyakarta, Indonesia, Eko Nugroho is one of the most internationally known artist from Indonesia. In the late 1990s, when Nugroho started to work as an artist, Indonesia was experiencing a social turning point. After the Asian currency crisis in 1997, a riot followed the next year calling for democracy against the suppressed 30 years of the dictatorship under President Suharto. With the voices of the people, society and politics started to radically change. New generation of Indonesian artists, the “Reformasi generation” started to present variety of works while enjoying the sudden freedom of expression. Today's contemporary art scene in Indonesia is by far the most interesting in Asia, and it can be said that the wave of those Indonesian artists who started their carrier in the late 90's are now reaching the international coastline. Eko Nugroho has always been in the front line of the wave.

Nugroho works on various media, paintings, sculptures and installations. His works are often referred to be influenced by street graffiti, containing social and political messages, while at the same time presenting humor and playfulness. The work may remind us of graffiti art, but the artist’s style has developed differently than the graffiti murals developed by artists in Western countries or in Indonesia. One example is Nugroho’s early practice in 2000 to stick embroidery emblems and patches on the streets of Yogyakarta. In the case of Nugroho, his working style incorporates social and political messages as texts within the work itself. Especially in countries such as Indonesia, where free speech has suddenly been opened to public, the implications of graffiti have more social significance than we can imagine.

All the faces of the figures in Nugroho’s works are covered by masks or sari, and their individual identities are unknown. Reading an interview about masks, the artist mentions the influences from local traditional culture such as Indonesian Wayang (Wayan Kulit, the traditional Indonesian play and shadow puppet is well known). In fact, frequently in Nugroho's works, we are able to see mixtures of traditional batik and embroidery style traditions with contemporary pop culture, with simplified figures silhouettes, and many aspects including masks may show that his works are rooted in the Indonesian cultural basis. At the same time, considering along with political and social messages depicted on the T-shirts of the figures, we may also be possible to read that the anonymity of the figures may be rooted somehow in the history of democracy in Indonesia. Under Indonesia's former dictatorship's surveillance society, careless political statements may have been fatal for individuals as we also find the similar situation in the crowd of people wearing masks (even before Covid-19) in demonstration in Hong Kong these years. The work remind us that many of us, even in Japan, had such a severe time in the history when we had to be anonymous individuals to make any political gesture in order to obtain the right we have today.

Several years ago, when I was talking with Nugroho about the masks, he pointed out that heroes and villains appearing in anime and TV programs in Japan and overseas are wearing masks. There might be more ways to explain this, but the artist’s contact with popular culture may be important as a feature of Nugroho's work as well. If we actually travel to Asian countries, we can see the global cultures mixing within the local environment. This itself is a phenomenon of globalism, but the result is to create a new indigenousness object and environment. We are able to say that the work produced by Nugroho is also an interesting mutation as the result of the heterogeneous mixture.

As an artist of the age of the “Reformasi generation”, social issues has always been one of the major theme in Nugroho's works. In Indonesia, waste dumping has become a major social issue due to population growth and delays in infrastructure development. The work in 2017 for the exterior wall of Potato Head Beach Club in Bali is a work on this subject, using collected waste, old tires, PC monitors, etc. to create 10 meters high and 7 meters wide work.

At the Setouchi Triennale 2019, the artist presented an installation in an empty house on Ibukijima. I was very interested in how Nugroho would be using the existing vacant house.  The result was remarkable seeing his ability in re-arranging the space, dividing the given space, defining the window space to show the ocean view at the certain point at the certain angle, not merely putting the work here and there. What was even more interesting was when I heard about the process of one of the object, a large embroidery work which the artist brought in to the house from Indonesia. In Yogyakarta, due to globalism and industrialization, traditional handicraftsmen are losing their jobs. Nugroho's embroidery work is a collaboration with these craftsmen who worked directly on the original canvas painted by Nugroho. Such background story behind the works may be something the audience cannot immediately image of by merely seeing the work. However, Nugroho is conscious of incorporating the traditional techniques which gradually may fade away in the future. Nugroho is seeking for various social roles, responsibility for the artist to cover within the contemporary world, not merely creating an object for the market or for entertainment. Daging Tumbuh, a zine which he has been working since 2000, a platform for younger artists or even non-professionals may also be one of such commitments to create a community.